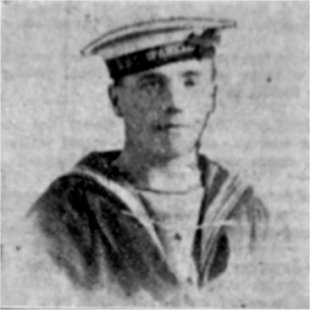 In January 1916, more casualties and injuries were reported
From Dysentery to Frostbite, Gas Poisoning and blindness and others caused by bursting shells and shrapnel
A Denaby father gets congratulations from the King for allowing his 5 sons to Fight
and another family has 3 sons and their father fighting
At home a wayward girl threatens her mother in court,
A miner is sent to prison for perpetual drunkedess and more summoned for Rabbit poaching and slackers are fined for non attendance
and we read more of Conisborough’s Military Glory 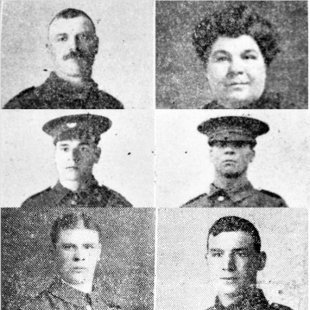 In February 1916 a Conisborough woman takes spirits of salts to commit suicide after her husband discovers an unpaid bill
From the days when debtors went to prison if they didn’t pay their debts Denaby women assaulted a bailiff who had come to arrest one of their husbands
In a serious accident on Cadeby pit top a man’s foot is severed
The Parish Council debate lighting and Zeppelin raids and the Ivanhoe string quartet entertain soldiers in Doncaster.
At the front a Denaby man dies in a Calais hospital and a Conisbrough soldier is killed after 14 months in the trenches
We hear about a Denaby family with five sons fighting at the front and a 17-year-old in hospital in Boulogne 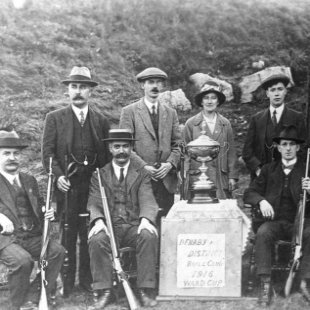 In March 1916 more deaths are notified from the Front, including a father of six children
and a Boer war veteran is among the wounded and a Denaby Man blinded after 2 weeks at the Front
We hear of another family whose father and five sons are in the War and one of the son’s is amongst the casualties
There’s floods at home,
A lecture on post war relations and a picture of the Denaby Rifle Club 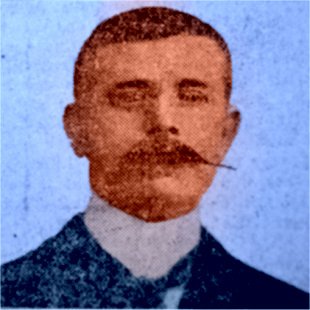 In April 1916 a number of people were summoned and fined
for ‘ treating offences’ at the Castle Inn
we hear the story of the brave Denaby deputy and how another miner is buried under 7 ton of earth
We have a photo of the Ancient Order of Foresters
and Conisbrough news reveals how a Pony driver left his pony and told us of the Zeppelin air raids.
There’s the story of a New Conisborough woman who concealed a deserter while her husband was in hospital
and a deaf and dumb seaman who was miraculously cured
there’s a lecture on ‘ Our Russian ally – the happiest race on earth’
and more deaths and injuries at the front, including a Denaby sniper and Sergeant
and a Conisborough soldier with a scalded face
and there’s a long list of Conisbrough objectors and their appeal at the Doncaster tribunal 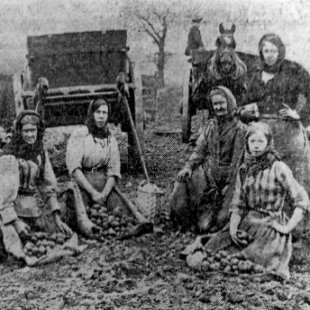 In May 1916 more deaths at the front are reported
and a Denaby Private has his arm blown up
Denaby Pony drivers are fined for bringing 20 tons of dirt down
so they could “get to some amusement in the evening”
The first Objector is fined for failing to report,
soldier’s wives are suffering financial hardship
and we have pictures of women working on the land
A large gathering witness a presentation to the ex Cadeby Colliery manager
and a businessman is struck by lightning
The town mourns the loss of the Postmaster and historian
Carlton Henry Allport, who compiled a detailed history of the township 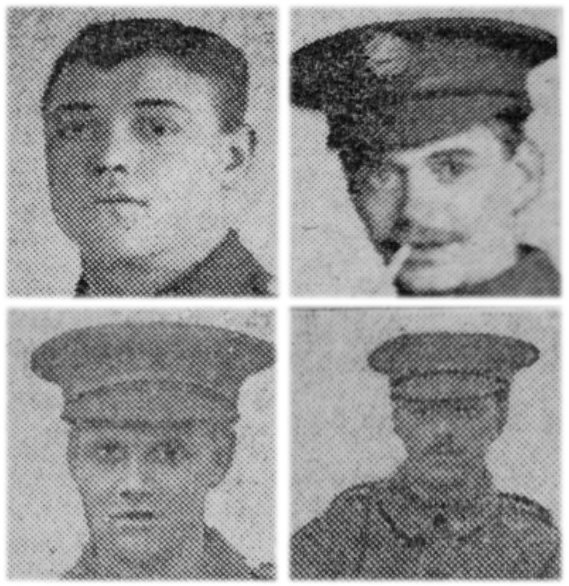 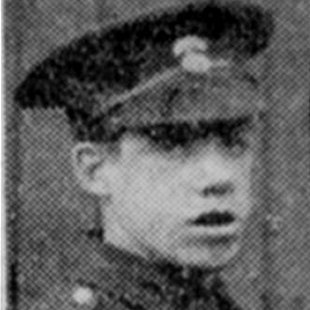 In July 1916 news of the casualties of the ‘Big Push,’ the Battle of the Somme started to arrive in our townships.
The first 50 casualties appeared in the newspaper and there were many more to come
Many people throughout Conisbrough and Denaby received the dreaded news
and their neighbours would worry about their own sons, husbands, brothers and relations
and whether their news would be the next 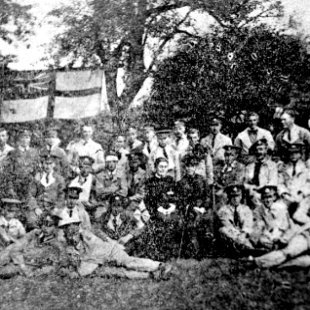 In August 1916 we have 20 more stories of Soldiers and a Sailor who were either wounded, killed or missing as the great Advance gained ferocity
They include the only son of a former Denaby Headmaster, shot while bandaging the CSM’s wounds,
the son and son in law killed, from 5 sons fighting;
a Cadeby disaster survivor who died from poisonous gas;
of three brothers wounded, one who enlisted underage; and more from the local paper inundated with stories of the like
At home we have the strange story of the Resresby Landlord fined for providing too much beer
and the waiter responsible, who is sacked and also heavily fined
despite him, his wife and children being in danger of starvation.
There’s a picture of ladies from the Comfort Committee entertaining wounded soldiers
and Videos of the silent pictures on at the Globe 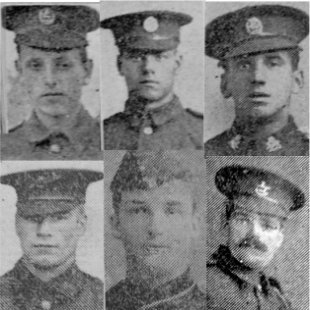 The aftermath of July’s Great Advance was still being felt in September 1916
Such was the carnage that reports were still coming in of those who died on the first day, July 1st and a 17 year old who died in Gallipoli and was missing – from the year before
Family life’s are wrecked as 19 year old’s from Conisborough and Denaby
join the lists of the fallen.
One can only imagine the telegram or letter arriving with the news and the impact it had on the family receiving and the other families in the same street
At home there are more hearings of Objectors through conscience and business
A man is run over by a trackless Car
and there’s trespass and damage, fines and birch punishments
and another ‘drunken brawl’ 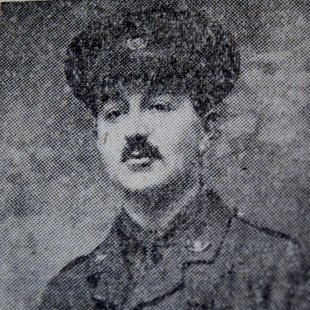 In October 1916 the district had its biggest death toll from the War since it started, with 15 families advised of the loss of their loved ones, as the fierce fighting of the Great Advance intensified
Most of the fallen were from Denaby, including a 18 year old who had appendicitis, a 19 year old father and a sergeant, cut down while leading a attack
The news included Military Medals for three Denaby soldiers; an 18 year old, a man who kept firing a Lewis gun while under attack and a soldier who bombed the Germans using their own bombs,
There was also a Distinguished Conduct Medal for ‘Bunt’ Humphries
Amongst the many injured was a Denaby man who survived 10 days without food and water after being shot in both legs
Thanks to You Tube we leave you with a flavour of the entertainment at the ‘pictures’ with ‘The battle of the Somme’ and ‘Fatty and Mabel’ 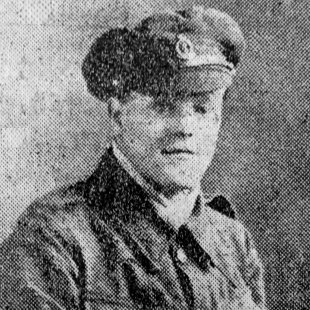 Among the deaths reported in November was a Kilner Brothers worker who had been killed when the Great Advance started on July 1 and a 19 year old machine gunner who fell the same day
and the story of a Denaby soldier who bombed the Germans using their own bombs
On the positive side was news that a Conisborough private had been awarded the D.C.M. and a Conisborough officer who was promoted
At home there was sad news as a 4 year old was burnt to death after a paraffin lamp ignited her flannelette night dress, and a Doctor admitted that it was seldom that children survived these experiences
Finally good news as Walter Appleyard became Lord Mayor of Sheffield 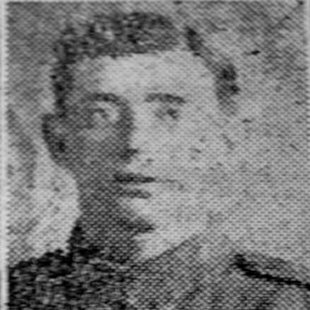 The news from abroad saw a reduced number of casualties as Christmas came,
Although at least four more local men joined the listings of fallen
There were however sensations at home as the naked body of an 11 year old
Was found in an Ash Pit, with death by apparent exposure.
And a shunter, which was a hazardous occupation, met a terrible fate.
And another miner dies at Cadeby
There was an epidemic of Juvenile Theft in Denaby
After young children were influenced by what they saw at the cinema
The ladies sewing party were hard at work bringing Christmas cheer to the men at the front,
With an assortment of woollen helmets, shirts, scarves and socks, and a packet of cigarettes and a Christmas card to each soldier !